Interview and review for The Possession of Cassie Quinn

Come and join me as I talk with author Katie Knutson  for The Possession of Cassie Quinn on Stories From Unknown Authors http://blogtalkradio.com/storiesfromunknownauthors @ 7pm EST today.

Kathryn Knutson has been writing stories since she was a child.  Growing up, she especially loved reading and writing scary stories.  She started writing The Possession of Cassie Quinn when she was 13 years old.  She lives in Central Minnesota with her two boys.

The Posssession of Cassie Quinn is an interesting paranormal/horror story that is suitable for the YA genre. There are many elements of this story that readers will find captivating, wondering if the events that were being talked about were actually true. Children who have step siblings will be able to relate to some of the characters' rivalry. For readers who love the paranormal and enjoy getting freaked out, the author leads the reader through the story keeping their interest with various events and happenings that will satisfy that desire. Children 13 years old and up will enjoy this 256 page novel.

Posted by Unknown at 4:07 AM No comments:

The Worldly Adventures of Nicholaas by Betty Davis

Come and join me as I talk with author Betty Davis for The Worldly Adventures of Nicholaas on Stories From Unknown Authors http://blogtalkradio.com/storiesfromunknownauthors @ 7pm EST today.

The first in a series of fiction adventure for children 10 and up is filled with suspense and excitement. Children journey with Nicholaas as he travels to many different countries. Children enjoy the many curious and interesting facts about each country and learn about their cultures.

Come and join me as I talk with author Pat Merker for her The Grand Master/ Little Master Series on Stories From Unknown Authors http://blogtalkradio.com/storiesfromunknownauthors @ 5pm EST today. 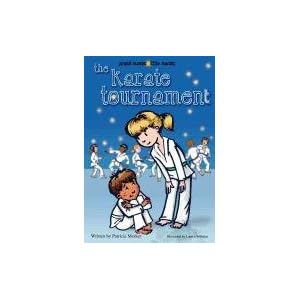 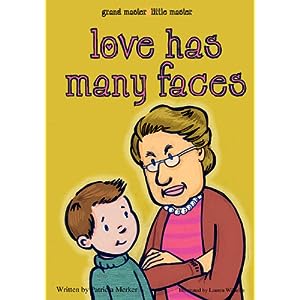 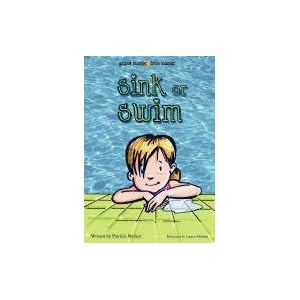 The Karate Tournament is the first book and the foundation for all subsequent books in The Grand Master/Little Master Series. This book is your child's introduction to Grand Master and his/her invitation to go on a life-changing adventure! When eight-year-old Haley's mother asks her if she would like to play a game on the morning of her karate tournament, she is somewhat reluctant, given all the butterflies in her stomach! Not quite able to resist the temptation, however, she agrees. Grand Master (who makes His/Her presence known through mom in this first story) tells Haley that she has been chosen to be a Little Master-in-training and there is much to do. What follows is a heartwarming story of a little girl who learns the importance and magic of Cause and Effect; what goes around, comes around. "What you put out in the world comes back, Little Master; cause love, cause kindness, cause forgiveness. Try not to cause sadness or anger. This too, must come back." This is the story of Haley, and how she turns a very scary and nervous situation into a joyous occasion by her conscious use of Law. This book series can be read as any other children's book, or played interactively by downloading the Parental Support Material, accessible on the authors website at TheGrandMasterLittleMasterSeries.com

Patricia Merker is a wife and the mother of two great kids, Haley and Jordan, who inspired her to write The Grand Master/Little Master series. She was disillusioned with the lack of spiritual, New Age material available for children. There was no shortage of parenting books, but little for children, on an interactive level, that was stimulating enough to hold a child’s attention. Her wonderful family and supportive friends told her that the parents and children of the world needed to meet Grand Master; that the world would be a better place.

This story is wonderfully inspirational for children of all ages. The characters help the reader learn about cause and effect. To learn about how we cause good or bad feelings in the world. If we provide forgiveness, we will get it back. If we are loving, we will get love back in return, but the same goes for angry feelings and emotions as well. What great lessons to teach children and adults. The Grand Master/Little Master Series is one children will keep around for a long time.

Interview with Dominick Domingo for The Nameless Prince

Come and join me as I talk with author Dominick Domingo for his YA fantasy novel The Nameless Prince on Stories From Unknown Authors http://blogtalkradio.com/storiesfromunknownauthors @ 11am EST today. 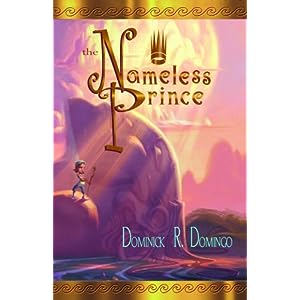 Summary:
Seth Bauman has issues. His Mom split ten years ago, right after his birth, and guardian Uncle Troy won't discuss the past. Seth's only friend is Mexican immigrant Elena, whom he must walk home from school through Silverlake's gang-ravaged streets. When Elena is abducted by local gang 'the Mayans,' Seth has no choice but to follow the Boatman of the L.A. River into the sprawling network of sewers and metro tunnels concealing Mayan headquarters. To Seth the great labyrinth unfolds as a magical realm called 'the Interior,' whose residents immediately deem him the 'Nameless Prince' of prophecy, sent to save them from peril.
To find Elena, Seth embarks on an odyssey of riddles and self-discovery. Only in 'Interia' is it safe to discover the truth about his past, and the forgiveness that will set him free. In rescuing Elena he rescues his own innocence. In fulfilling prophecy by learning his name, Seth discovers the greatness that lies within.
Author Bio:
Dominick Domingo is a veteran Animation Artist (Lion King, Pocahontas, Hunchback, Tarzan, Fantasia.) who's illustrated YA books for Penguin, Random House, Lowell House, Disney Publishing, Hyperion Books, and Harcourt. Developing original screenplays as a filmmaker led to a growing writing resume. To capitalize on it, Dominick recently penned a collection of Narrative Nonfiction essays titled "Jesus Shoes," two of which have been included in anthologies. One of the essays, 'L'Epiphanie,' was awarded the 2011 Solas award in the humor category for 'Best Travel Writing.' The Nameless Prince represents Dominick's foray into Young Adult urban fantasy. He'd be happy to retire as a full-time author. He lives in the Silver Lake neighborhood of L.A., surrounded by hipsters.
Author web site: http://www.namelessprince.com/
Author blog:   http://www.dominickdomingo.com
Posted by Unknown at 4:31 AM No comments: